Five Reasons to Get on the AI Hype Train

Artificial intelligence is already an ever-present concept and a widespread technology. Simply look at the growth scale of AI-related tech such as phone assistants, smart home hubs and other applications. Despite its growing prevalence, AI is still in the early stages of enterprise adoption. Companies are scratching the surface of AI’s potential. Many believe this technology is the most important discovery of all time, and the numbers support that theory, as AI has undergone staggering growth since its inception.

There has been a 14-fold increase in the number of active AI startups since 2000, and investment into artificial intelligence ventures grew by a multiple of six during this span. (Forbes). The share of jobs requiring skills in AI-related tech like machine learning, robotic process automation, and computer vision has grown by nearly five times.  Global revenues from AI for enterprise applications is projected to grow from $1.62B in 2018 to $31.2B in 2025 attaining a 52.59% CAGR over the forecast period.

The upside of AI is patently obvious. Seemingly every company is running AI initiatives, or at the very least testing its capabilities. If your business falls into the latter category, you should ask the team a question. What is the value of exploring a majorly complex (yet relatively young technology) even though there are more proven avenues your company can take?

We at Sphere are constantly exploring new ways to improve and scale our own business and that of our customers. Looking closely at AI is no exception. Before jumping on the bandwagon and putting a shiny AI banner on our landing page, we identified and assessed several major categories that would make sense for us and our clients. Let’s take a look at five of those in more detail.

A deeper understanding of data and context

Big data has been around for a while and it’s nothing new given the needs of business to handle the volume and velocity of information available today. Using it in concert with machine learning adds an entirely different dimension to data. AI does not just provide a means to an end with solving problems, but rather creates a new business model that can address multiple complex issues, spur innovation, and uncover even more novel opportunities. It gives data a lot more context, providing researchers new angles and perspective as they sift through silos of information to glean new insights.

To take advantage of AI, businesses and users need to rethink some of their approaches to analytics. Machine learning can uncover the exact answers. However, it’s far more potent when it uncovers something you didn’t know how to ask. The beauty of AI is how it handles vast amounts of data, but to do that you have to get creative and define a broad enough way to encompass your queries. Business acumen and thinking outside the box are your go-to approaches.

Managers make decisions. But the amount of information available to the modern executive makes it harder and time-consuming to make informed decisions. This situation should not persist. Artificial Intelligence might be seen as the ‘doom and gloom’ of the labor market, but there is research that proves the reverse hypothesis.

The power of AI lies in its ability to reduce the cost of prediction. It gives managers greater certainty in key business. Forecasting and planning become cheaper and faster, putting a spring in the step of business leaders. Instead of spending time gathering information and due diligence, execs can devote more effort to studying and assessing the implications of potential outcomes based on their decisions.

Streamlining operations across the board is one of the primary use cases for AI. The technology has already yielded immense success in optimizing processes across industries like healthcare and manufacturing. For example, it reduces hours spent on administrative tasks and cuts into overhead costs. AI startups change the way we think, interact, and work on a daily basis, as well and provoke entire markets to change.

Much like the world changes based on the progress of AI, so does the technology itself. With each progressive stage of an organization, AI needs to be re-trained and re-purposed, much as a factory needs to be re-tooled for a different product.

Evolution can’t be stopped, and AI is not an exception to this rule. Companies like Facebook, Google and Amazon are driving the progress of artificial intelligence, identifying new applications for the technology every day. But how is the field changing and what factors are shaping its future direction?

Artificial intelligence is incredibly dynamic. When exposed to new data, the AI systems learn from it and adapts. They gather and analyze information in real time while cross-referencing the historical data. What’s more fascinating and perhaps scary is the way AI is inventing things out of the blue. Consider when Facebook’s AI systems started communicating in a language that was nothing like what researchers encountered before.

The final advantage we identified is time and resources – and AI requires fewer of both if compared to legacy systems or human labor. In this setup, the role of human workers becomes more creative rather than executive, and it frees up and elevates us to a more strategic level of work.

In organizations that are more mature in their use of AI, employee resources are being augmented rather than replaced. Organizations that utilize this approach stand to benefit from employees’ increased skills and greater motivation to help further explore what AI can bring to the table. It is down to the organization to help nurture and foster this talent in an increasingly complex technological world.

While investment in AI is heating up, corporate adoption of AI technologies is somewhat lagging. Despite the overall buzz, artificial intelligence is still in its infancy. This is good news for those still experimenting with AI. There’s still time to climb the learning curve and compete in the AI market, but companies and business leaders should be aware of the way they integrate it into existing services – and why they do it. AI should not be an end in itself, and the technology is not meant to be implemented just for the sake of it (unless your business has a gold mine in its basement to foot that kind of bill).

We are at a key inflection point of AI adoption. Technologies such as neural-based machine learning and NLP are starting to mature and prove their value, quickly becoming mainstream tech for early adopters. AI appears poised to spread across various domains, with telecom and financial services leading the way. These sectors are poised to increase their AI budgets by more than 15% a year in the next three years. Now is a good time for your company to double down on AI initiatives already in place – or accelerate exploratory efforts to keep up with the times and the competition.

Node.js vs. PHP: Which Environment to Choose for Your Next Project? 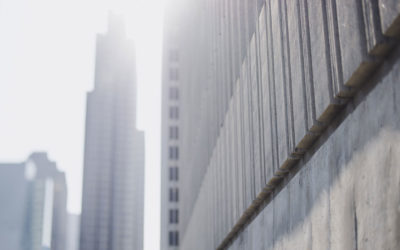 By streamlining workflows and integrations to a cloud-based billing system, a Recruitment CRM platform company eliminated triple-entry errors at half the cost of Netsuite professional services. 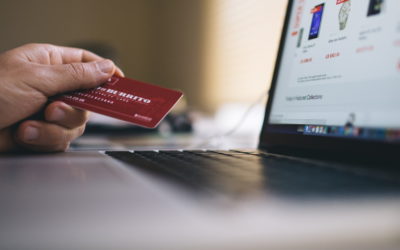 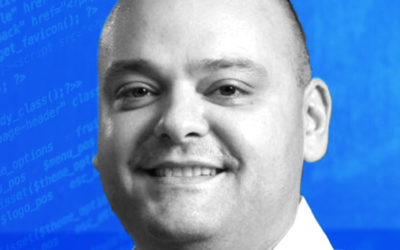