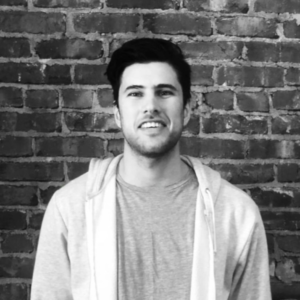 The SphereCast team connects with Emile Chouha, Co-founder at LunchBox — a Montreal-based digital app, all about helping friends discover new restaurants at the lowest prices possible. Founded in late 2016, LunchBox first broke onto the scene through a partnership with the University of Montreal — a deal which ultimately landed LunchBox at the top of food app charts, surrounded by giants like Uber Eats. Chouha’s app is a hype machine for restaurants, allowing them to publicize their cuisine to massive audiences in a relatively short amount of time.

Emile is a fountain of wisdom, and his deep introspection calls for a somewhat different podcast format. During the conversation, Luke and Xenia actually use a series of social media posts to help guide the conversation with Chouha — a conversation that touches on productivity and the nature of good work, on the strong tie between passion and motivation, on the humanity of startup companies, and, of course, on his own journey of building something from scratch.

“If you’re mindful about today, tomorrow will be better… That idea could motivate a lot of people to put more effort into the present moment to change things.”

“In a startup, it’s easy to lose sight of the bigger goal while giving attention to those little hiccups on a daily basis.”

Get SphereCast in your inbox